So, it appears that the country is in a bit of a mess!  An understatement most of us would say, this is our third general election since 2015 and we have had three Conservative Prime Ministers during this time David Cameron, Theresa May and now Boris Johnson.

The country has been unstable since the Brexit referendum in June 2016 as the UK decided that they were ready to spread their wings and leave the EU flock.  Most would say that this was due to the manipulation of the Leave Party encouraging people to vote leave because  of a guarantee to get more money poured into the NHS (although we are now aware that the US President, Donald Trump has alluded to wanting the NHS to be part of post Brexit trade negotiations with his country), and others would say it was because voters had had enough of EU members coming to the UK and benefiting from public services.  Whatever the reason for wanting to leave, it seems very clear that no one was expecting a leave decision and no one actually knew the process and the impact that such a referendum result would have on the UK and EU.

Anyway, as a result of what appears to be ‘poor leadership’, Boris has decided he wants another general election in the hope that he will receive the majority seats in the Commons to ensure that the country leaves the EU by the latest extended date (January 2020) with or without a deal with the EU.  This is something that Theresa May had done during her tenure; and it was the start of her demise as she lost the majority in the House of Commons and had to buddy up with the Democratic Union Party (DUP) to maintain her position of power.

We have had a number of MP’s from both Labour and the Conservatives leave their political parties and create a new party called Change UK, but then some months later a number of the said MP’s from Change UK, with additional Conservatives and Labour party members went on to become members of the Liberal Democratic party.

As you can see from my very brief synopsis, UK ‘politricks’ and the Houses of Parliament has at times resembled a stint from the famous ‘Carry on’ movies of back in the days.  I am not here to encourage you to vote for a particular political party; but I am writing this is to encourage EVERYONE eligible to vote to do just that VOTE!  Far too many times I speak to or cross paths with individuals who complain about the state of the country, who is running it, the leadership and laws and issues that have serious consequences to them or people close to them etc. But they still do not bother to vote.  Why complain if you have not exercised your right to vote?  Since 2017 there has been a 0.8% reduction in the number of people who are registered to vote.  This is because a number of people are disheartened by the leadership and the double standards of MP’s who profess to be the voices of the people, but by voting your voice will be heard.

I recall after 18 years of being ruled by Margaret Thatcher and John Major the British people spoke and Labour won a landslide victory, with a 170 seat majority in the 1997 General Election   and over the years we have seen an increase of BAME MP’s and local Councillors with the last general election electing 50 BAME MP’s, which is the largest ever.

In order for us as everyday people to have an impact we need to participate in this general election as the result could have huge negative ramifications to both our lives and those of the people closest to us.  We have had over 10 years of austerity (cuts) to public services such as the NHS, Police, Youth Services, Legal Aid, Fire Brigade and housing to name a few and I can see the impacts that they have had in my direct surroundings and communities.  It is not only important to vote, but when you are voting you need to understand the policies of the party you vote for and what they have promised to provide or change for the better of the country.  We also need to consider the integrity of the individuals who are going to lead us and ‘improve’ our quality of life.  You see Brexit is the reason for this election, but we need to look beyond that because whilst the MP’s and government are fighting for status and power they still have a duty to take care of our everyday needs and we need to make an informed decision about who we think has the ability to do this.  There is much more to this position and contrary to what many of the privileged rich and middle class white men think, it is not a job that should be ‘winged’ whilst they are in power, as it has major ramifications for us; in particular black, Asian and people of colour because we will be the ones living it. We are often the ones who have and continue to be disproportionately affected by the reduction in and access to public services – “who knows it shall surely feel it” and as Operation Black Vote states – BME votes are critical to the outcome of who is in power, so please do not waste yours and exercise your right to vote.

Below are a few essential things to assist in you in ensuring you vote in this year’s general election:

Everyone needs to be registered on their local authorities’ electoral register in order to vote, you can check if you are already registered by contacting your local authority’s electoral department.  As someone who has worked in a number of general and local elections, I have seen countless people walk into their nearest polling station to vote – only to be told they cannot because they did not respond to the annual voter registration update.  To be eligible you must register to vote by 26 November 2019.

In addition to registering to vote, do you know which political party you are going to vote for and why?  Don’t just go by what friends, family and colleagues say or even the media! Do your research so you know and understand why you have chosen that political party, don’t be blind sighted like many who voted in the Brexit referendum keep stating.  When considering which political party to vote, as a voter I would recommend that you look at and weigh up the track  record of each of the parties and how well they have fulfilled their policies and duty of care to their citizens.  For example, we all know that the Liberal Democratic party had promised that they would abolish tuition fees, but once they went into coalition with the Conservative party they peddled backed and tripled the cost of tuition fees.  I am sure there are many more examples of where each of the parties have not lived up to their expectations, but when deciding who to vote for, please take into account their integrity as a party – will they do as they had promised?

Here is some high level information that I have seen online from the Daily Telegraph (here) which breaks down the three major parties promises based on various issues such as education and health.  Unfortunately, whilst writing this piece none of the parties have released their manifesto for the pending general election. However, if you are someone that likes more details please check their websites and register to receive the manifesto once it has been released.

Don’t waste your vote or give it to someone you don’t thinks is capable or deserving to be Prime Minister, so please register and vote.   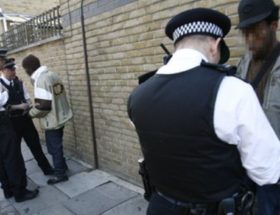