Skip to Content
Home Empowerment UK Black History and Our Hall of Fame! 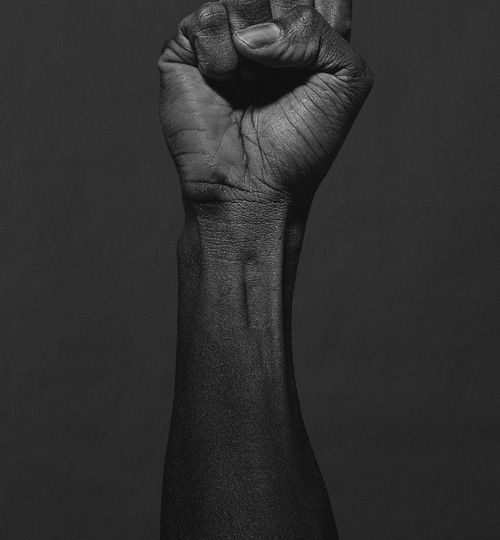 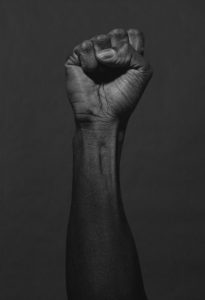 “The more you know of your history, the more liberated you are” (Maya Angelou)
Back in my childhood days (the late 1980s) I remember discovering black history at around the age of 11 years old when my mother, older sisters and I went to watch a play at our local theatre called ‘Black Heroes in the Hall of Fame’.  I wasn’t even sure what we were going to watch and at the time I had no clue what black history was.  The closest recognition of black history was when the family gathered around to watch the TV series ‘Roots’, where we were told the unforgettable story of a West African boy named Kunta Kinte who was stolen from his village during his tribal manhood initiation and sold into the transatlantic American slave trade.  I recall it being ‘great’ TV and my older siblings and their friends having discussions about ‘our history’ and their vexation about how black people were ill treated.

Throughout my primary education (and secondary to some degree) I was taught about the Tudor/, Elizabethans and the American Wild West history there was never any mention of black people and on reflection now, I was led to believe that we never had a place in history.  So can you believe my astonishment when we went to watch Black Hero’s in the Hall Of Fame and we were told about ALL THE AMAZING people of colour who contributed to the world? Important figures such as Lewis Latimer who helped to create the first light bulb; Mary Seacole the Crimean War Nurse; African Kings and Queens such as Cleopatra VIIand King Tutankhamun and the alleged very first black Queen of England, Charlotte.  I remember coming away amazed at what I had learnt, that play injected not only knowledge but a thirst for me to learn more and research as much as I could.  We weren’t just slaves or bystanders in the world, we contributed a lot and in fact we had an integral part to play in history.  We never had technology back in those days so I had to go to the library to read books or depend on those around me to share their knowledge and books about black history.

During the late 1980s there was a movement towards getting to know more about black history, for us in the UK we never really knew anything about British black history because the majority of us came from the Commonwealth, Asia or Africa.  Our parents and/or grandparents were first or second generation settlers in the UK, so what was there for them to tell or for us to find out?  We knew that they went through racism, we knew that they played an integral part in regenerating the country, we were even told that British people would eat fish and chips from dirty used newspapers and heck we knew about the ‘NO blacks, Irish and dogs’ signs that were advertised in potential landlord’s windows.   We depended on and were influenced by black America and South Africa’s plight, we learnt that segregation was still going on in other parts of the world, we knew about Nelson and Winnie Mandela. With Nelson locked away in a prison for fighting for the abolishment of apartheid and Winnie fighting for justice for her husband and more importantly freedom for the black South African people.  We watched movies about Steven Biko another South African freedom leader murdered for fighting for the rights of black South Africans and we learnt about Martin Luther King, the Black Panthers, Malcom X and Angela Davies (both renown political activists) who pushed for equality for black American people.  We were inspired, I was inspired, I wanted to know more and I became conscious of the injustice facing black people and the oppression we endured in the past and present day, at a young age.
Black Britain was also going through a revolution; we were fighting to be accepted by the British society.  The 70s and 80s were a tough time for black people, we had gone through years of social and financial deprivation on top of systematic abuse by the Police and as a result we had the Brixton riots in 1981 and later the Broad Water Farmand Brixtonriots (again) in 1985.  These were pinnacle events for black Britons and shortly after in 1987 the first black MP’s Diane Abbott, Paul Boateng and Bernie Grant were elected into the House of Commons.  In the same year a campaign to have a Black History Month was led by Akyaaba Addai Sebbo of the then Greater London Council (the governing body for London local authorities) the plan was agreed and the event was launched in October 1987 to coincide with Marcus Garvey celebrations and the London Jubilee.  The success of this led to other local authorities and some schools across the UK such as Birmingham, Bristol and Nottingham launching their own Black History Month whereby, they promoted a number of events and topics around black people past and present who contributed to history.  This was exciting times (for me anyway) as during that month British TV would broadcast a number of black drama’s such as Brother and Sisters, Baby Father and the MOBO (Music Of Black Origin) awards.
Over the years, Black History Month in the UK has slowly died down; we will have over 6,000 events across the UK in this October alone, but how many of us actually participate and get involved?  Speaking with a number of family and friends they lost the interest in Black History Month years ago because they began to tire of hearing about slavery and became even more sick to death of the schools teaching our children that they were descendants or connected to slavery, year in year out.
There is so much more to us as black people. We have resided in the UK for over 50 years, we have representatives in politics, media, music, business, sports and the fashion industries yet Black History Month seems to have lost its substance, rather than becoming enhanced as the BAME population has grown.
I believe this is partially because ‘Great’ Britain has become more diverse, we are one of the world’s most integrated (to some degree) countries.  The 2011 UK Census stated that one in ten households were in a inter ethnic relationship with 88% from White and Black Caribbean backgrounds, closely followed by 87% White and Asian, 84% Other Mixed and 79% White and Black African.  As a result, 0.8% out of 11.9million children come from an- interethnic background, eight years on from the Census I am pretty confident that these statistics have increased considerably.
I think because we have become more diverse, our children now have a diverse heritage and because we now live in what is perceived as a politically correct society the purpose of Black History Month has become diluted as a consequence, as it tries to accommodate more people.
History is history so it’s important to stick to the facts and share the knowledge and information about what black people have contributed to the world regardless of how much diversity has been accepted.  However, I also think that as BAME parents (in particularly people from the Caribbean) we should also take responsibility for teaching our own children about our history.  It is fundamental for our children to know who we are and where we come from, it gives them a sense of identity and lets them understand and know what achievements we have made to society, especially as modern media consistently churns out negative publicity about BAME people.

Black Britain has achieved so much in 50 plus years and we should be ensuring that our children know about it.  We are not only successful in sports, music and media we also have successful businesses; black men and women who have major influence in the UK and world that go undetected such as the HMRC Chief Digital and Information Officer Jacky Wright; mathematician Dr Nira Chamberlain who is also ranked one of the UK’s top 100 scientist and OFCOM Chief Executive Sharon White.  By taking ownership of informing our children of the contribution that we make to society it will give them a balance and encourage them to strive in other areas that they may have not considered such as science, maths, engineering, finance and banking.  Unfortunately, the youth of today have been hypnotised with the social media lifestyle and expectations of glamour, music and hype but as adults we all know that not all of them will become successful in those industries.  What happens to the rest that do not get that break? Why are we enabling some of our children to have a false sense of security?
Moreover, if we encourage our kids to move away from entertainment and sports and explore other industries it will provide them with more options and routes that they can consider. But in order to build upon a strong foundation you have to know where you came from as well or as Marcus Garvey said “A people without the knowledge of their past history, origin and culture is like a tree without roots. If you have no confidence in self, you are twice defeated in the race of life”.
On a final note, Black history should not be designated to one month alone; it’s a daily, weekly, monthly and yearly thing that should be embraced by all.  To participate in the UK Black History Month 2018 please go to your local authority’s website where they should see listed a number of events taking place in your borough.  Here are just a few that have come my way:
An evening with Slay In Your Lane (Woolwich)
Black is the New Black: Portraits by Simon Frederick
Black Girls Book Club
Black Girl Festival
Black History Launch (Birmingham)
Eugenics: Breeding out the blacks
Fully Focused Presents: Too Proud To Beg
Highly Fabulous Women Roundtable – Black History Month
Interlaw Diversity Forum Race & Ethnicity BAME Network (October 2018 Meeting)
Secrets of Soho, Black History Walk
Slay In Your Lane (South Bank)
Slay In Your Lane: Yomi Adegoke and Elizabeth Uviebinene (Charing Cross)
The Hidden Science of Black Holistic Health
UK Black Business Show
WOKE. Art Exhibition on 16/10/2018 at The Flying Dutchman Art Spaces, 156 Wells Way, London SE5 7SY. 7pm-10.30pm. For more info email: nacheal_cat19@outlook.com